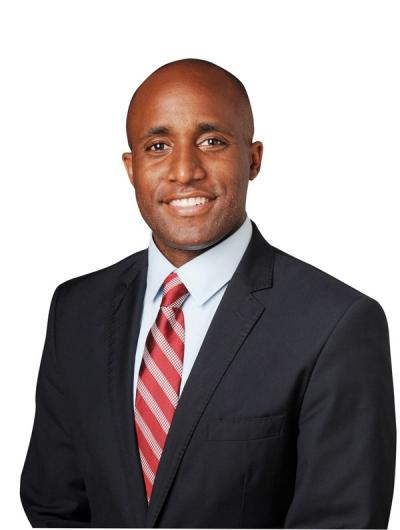 A fourth-generation Kansas Citian, Quinton grew up in the city’s urban core. As a child, he moved often, sometimes staying with family or friends, and residing briefly in a motel. However, like his mother and sisters, he did not allow these setbacks to keep him from working hard. Quinton learned as a young man the values of hard work, employment and perseverance in building a stable and successful life for himself and his family. Instilled with those values, he was able to earn academic scholarships to The Barstow School, Washington University and law school at Cornell University.

After graduating from Cornell, Quinton returned home to Kansas City. He first worked for a federal judge and practiced business law. At age 28, Quinton was appointed to a law professorship at the University of Kansas, making him one of the youngest tenure-track law professors in the United States, and the youngest in the school’s history. Quinton was admitted to the bar of the Supreme Court of the United States on June 10, 2014.

An accomplished business lawyer and teacher, Quinton continues to work as an attorney. He also volunteers extensively with inner city schools and organizations, such as Operation Breakthrough and De LaSalle Academy, and in area prisons mentoring young men returning to the Kansas City area.