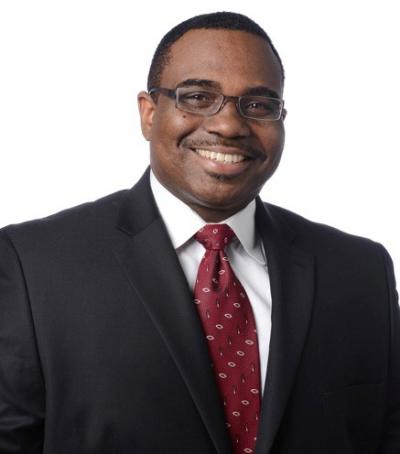 Lee Barnes is truly a part of Kansas City, Missouri.  He was born here, graduated from Kansas City Public Schools and earned his engineering degree from Kansas State University.  Even in school, Lee was devoted to service and leadership, involved in student government and was the founding President of the Kansas State Chapter of the National Society of Black Engineers.

When Lee graduated from college he was offered job opportunities that would have taken him away from this city, and he made the deliberate decision to make Kansas City his home.  First working at Hallmark Cards as an Industrial Engineer for several years, Lee was presented with an opportunity to explore small business ownership.  For the next 15 years, Lee successfully bought and managed several businesses that employed as many as 15 employees.  That small business experience opened the door to an expanded interest and involvement in community and government affairs.  Today Lee is the Director of Operations for the Swope Corridor Renaissance/Upper Room, Inc., a Not-for-Profit organization whose goal is to transform neighborhoods by developing educational programs, providing a child development center and rehabilitating abandoned housing.

As Director of Operations at the Upper Room, Lee has overseen significant growth in operations and partnership development.  During his tenure, the Upper Room as grown from providing services to 90 students in one church facility to serving over 2800 students in 30 churches and community centers.  He’s making a real difference.  He’s also worked to build meaningful partnerships with organizations such as Operation Breakthrough, Town Fork Creek and the Blue Hills Neighborhood Associations.

Lee has experience in leadership roles with many organizations across our city.  He was elected At-Large to the Kansas City School District Board of Education, where his peers chose him to serve as Treasurer and as the Chairman of the Finance and Audit Committee.  Currently, he serves as Vice President of the Building Corporation Board for Kansas City Public Schools.  Lee has also served on the Tax Increment Finance Commission and is Chairman of the Planned Industrial Expansion Authority (PIEA).  At the PIEA Lee has approved local development projects such as the expansion of the May Technology and Manufacturing facility in Blue Valley to expand their facility and add 30 employees.  Lee enjoys serving his community, and has gained a good deal of experience doing so.